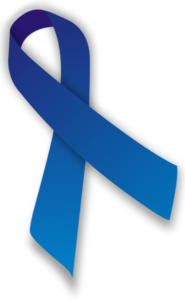 Ask Me About Ankylosing Spondylitis!

As we close out April and Ankylosing Spondylitis Awareness Month I write to share some things about this disease:

What is Ankylosing Spondylitis?

Ankylosing Spondylitis (AS) is a type of inflammatory arthritis that primarily affects the spine or back. Other joints can develop symptoms as well. In AS, the joints and ligaments along the spine can inflame and lead to severe, chronic pain and discomfort as well as stiffness.

This pain and stiffness usually begin in the lower back or buttocks. It can progress into the upper spine, chest, and neck. Over time, the joints and bones (vertebrae) can grow together (fuse). This causes rigidity and inflexibility in the spine, and create a forward-stooped posture. Other joints including hip, shoulder, and knee can also develop these symptoms.

AS is a systemic disease, which means it can affect organs such as the eyes, heart, lungs, and kidneys. It is also characterized as both an autoimmune and autoinflammatory disease. This is due to the body’s immune system targeting an antigen that is produced by its own body. Recurrent episodes of inflammation with the absence of autoantibodies can also occur.

How Are People with AS  Affected? Healthy Spine vs. AS

Inflammation, where joint capsules, ligaments, or tendons attach to the bone, is felt in multiple areas of the body sometimes referred to as “hot-spots.” This pain and tenderness develop along the back, pelvic bones, sacroiliac joints, the chest, and the heel. This heel pain and tenderness can significantly impact a person’s mobility. The Achilles tendon at the back of the heel and the plantar fascia at the base of the heel are the two areas affected in the foot.

Sometimes this pain becomes centralized—in addition to being caused by AS, it also becomes a dysfunction in the central nervous system (CNS). CNS dysfunction is an issue with other types of pain including Fibromyalgia, which is common among patients who suffer from pain related to arthritis.

Dealing with pain every day wears you down and makes finding a comfortable sleeping position difficult. Feeling tired worsens pain and makes it more difficult to get under control. This tiring cycle is aggravated further by the inflammatory cytokines (proteins in the blood) released from arthritis, as they are when you have a bad cold or the flu. Also, a major indirect cause of pain in arthritis, fibromyalgia, is one of the biggest causes of fatigue.

Pain keeps people who have AS from participating in or enjoying normal daily activities. This often leads to depression. In addition, depression may also result from fluctuations of hormones and neurotransmitters caused by dealing with the stress of a chronic illness.

People with AS have an increased risk of heart disease and stroke. My stroke occurred about a month after my 37th birthday, and before I was diagnosed with AS, so I was not aware of that connection at the time. It is one more of several other risk factors I had. You can read my post about surviving a stroke here on my blog.

As a child, I had severe growing pains, but these continued into my teen and adult years. In high school, our family doctor told me I had “loosy goosy” knees and should not do any running. He sent me to physical therapy and I tried to ice my knees each night. The running restriction put me in Adaptive PE at my school where about six of us walked around the track surrounding the football field instead of participating in sports with the other students. The kids in my Adaptive PE group were on crutches, in a wheelchair or had other obvious physical reasons for their limitation, so that was my introduction to living with an invisible illness.

Over the years I treated my pain with Advil, then Aleve and finally prescription strength Naproxen Sodium. By my mid-thirties I had exhausted the use of these NSAIDs (Non-steroidal anti-inflammatory drugs) and asked my primary care physician for help. She diagnosed me with Fibromyalgia and then referred me to a rheumatologist who in addition diagnosed me with Ankylosing Spondylitis through X-ray results.

As of the completion of writing this post I am currently taking 8 prescription medications directly related to AS and Fibromyalgia and have appointments with my rheumatologist every three months.

Even though I have a desk job, I try to keep moving throughout the day. See my post about preventing the damages of sitting here on my blog.

I take a warm Epsom salt bath several times a week and usually include my favorite essential oils and some ambient music.

If you look at me you can’t see that I have a disease and since pain is a regular part of my everyday life I have become very good at looking okay. I also have trouble allowing myself to ask for help when I need it or give myself “permission” to take time for me. This causes me more pain later and perpetuates the image of looking okay.

My fiance did a great job explaining to our four kids why Mommy hurts. Our 13 and 11-year-old began learning to cook and made dinner a few times. These types of things that help me a lot!

UPDATE: In the Spring of 2017 my diagnosis was adjusted to Sacroiliitis from Ankylosing Spondylitis. I will share about what I have learned and how I cope a bit differently with this adjusted health issue in a new post. I hope this information remains helpful for those of you working through AS. What have you tried to improve your AS symptoms? Please comment below!